Dr Baxter is from Yorkshire, and graduated from The University of Liverpool in 2003. He worked at the Royal Liverpool University Hospital for his pre-registration job before undertaking training in surgery, predominantly in orthopaedics. He gained the Diploma, and was admitted as a Member of the Royal College of Surgeons in 2007. In 2009 he changed career and began the General Practice training scheme, becoming a Member of the Royal College of General Practitioners in 2011. After spending some time working as a locum in Liverpool and Wirral, he then joined a large urban practice in Anfield where he stayed for two and a half years before joining Grassendale. His interests include musculoskeletal medicine (he undertakes a weekly "injection clinic") and promoting physical activity as a way of preventing and reducing illness.

He is married with two young sons. Outside medicine he is interested in photography, SCUBA diving, weightlifting and IT. He designed and maintains this website. 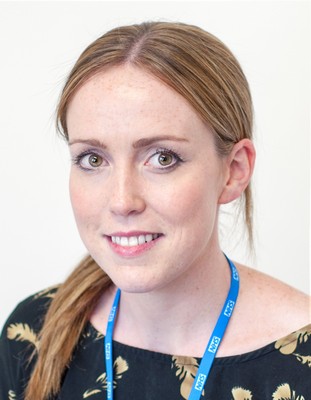 Dr Widnall (who previously practised under her maiden name of Dr McCauley) is originally from Tyrone in Northern Ireland, she moved to Liverpool in 2003 to study medicine and graduated from the University of Liverpool in 2008. After completing her pre-registration jobs at Whiston Hospital she entered the GP training scheme in 2010, becoming a member of the Royal College in 2013. She worked as a GP in Widnes prior to joining Grassendale. Dr Widnall has recently been confirmed as a "GP Trainer" which means that we will soon have up and coming doctors (GP registrars) undertaking some of their general practice training with us.

She is married with a young son, loves spending time with friends and family, walking her dog and she plays netball for a local ladies' team.

Dr Thorbinson is from North Wales and moved to Liverpool to attend medical school. Since graduating she has worked at hospitals across the region finished her General Practice training in August 2015. Following this she has worked as a GP in north Liverpool before moving to join Grassendale Medical Practice in June 2016. She sits on the Liverpool Local Medical Committee which will provide opportunities to address key issues currently affecting General Practice. Other interests include Women’s health and family planning, as well as teaching.

Dr Lake is from Norfolk, and graduated from the University of Sheffield after studying Medicine. He has a Diploma with the Royal College of Obstetrics and Gynaecology and he has also completed a degree in Pharmacology at Leeds University. He has completed his postgraduate GP training in the Royal Liverpool Hospital, Alder Hey, Whiston and St Helen's.

He currently works with the University of Liverpool one day each week teaching medical students and has an interest in medical education.

Outside of medicine he enjoys watching movies and playing football.

Dr Dhillon, originally from Nottingham, graduated from the University of Leeds in 2012. She completed her pre-registration jobs and GP training in London, becoming a member of the Royal College of General Practitioners in 2018. She also has a degree in Medical Imaging from the University of Leeds and a Diploma with the Royal College of Obstetrics and Gynaecology.

She has recently moved to Liverpool, and has been working as locum GP until now. Dr Dhillon's professional interests include joint injections and teaching - she is hoping to become a 'GP Trainer' within the next few years, so that she may train other doctors (GP Registrars) at the practice.

Dr Dhillon lives locally with her husband. She enjoys socialising with friends, regularly going to the gym, watching movies and travelling.

Dr May is from Buckinghamshire and graduated from the University of Liverpool in 2008. She worked in Berkshire and Australia before returning to the North West in 2011 for her GP training which she completed in June 2015. In April 2012 she was awarded the silver medal for the diploma of the Royal College of Obstetrics and Gynaecology for the highest mark in that exam sitting.

She currently also works at the University of Liverpool teaching medical students. Her interests are women’s health and medical education.

Dr May lives locally with her husband, son and young daughter. She enjoys shopping, travelling, going to the gym and watching boxsets. 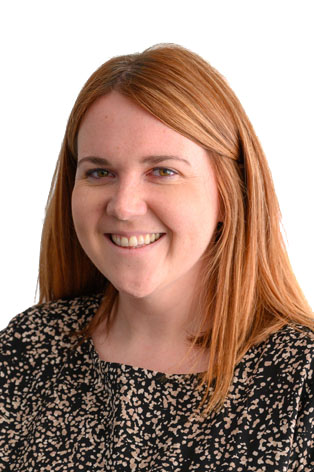 Dr Chang grew up in south Liverpool and graduated from the University of Liverpool in 2011 with Honours. After her foundation years she initially completed time in paediatric specialty training, but decided to change her career path to general practice in 2016.
‍
During this time she has continued to develop her interest in child and maternal health, and has gained Diplomas from The Royal College of Paediatrics and the Royal College of Obstetrics and Gynaecology. She also has Advanced Certificate in Palliative Care from the University of Liverpool.
‍
Alongside her work at Grassendale, Rachel has a role as a GP with extended remit/specialist interest in paediatrics with St Helens CCG.
‍
Dr Chang lives locally with her husband, close to their families. She loves musical theatre, dance classes and travelling to see friends.

Dr Hewson is our registrar, a qualified doctor working in the practice under the supervision of Dr Widnall as part of his final training to become a GP.

Dr Henry is originally from County Roscommon in the West of Ireland. She completed her foundation training with NIMDTA in Northern Ireland. Following this she undertook rotations in general medicine and dermatology. Dr Henry received her diploma from the Royal College of General Practitioners after completing her training here in Merseyside.

Her interests include women's health, sexual and reproductive health and minor surgery. Dr Henry lives locally with her husband and four young children. She enjoys spending time with her family and travelling.

All NHS GPs must ensure that for each of its registered patients (including those patients under the age of 16) there is assigned an accountable general medical practitioner (accountable or "named GP"). The accountable GP takes lead responsibility for ensuring that any services considered necessary to meet the needs of the patient are coordinated and delivered. However, this is effectively an administrative role - and there is no obligation for you to see your accountable GP for your appointments. Indeed, if you usually see one of our other doctors in the practice we would encourage you to continue seeing them for continuity of your care.

We have allocated patients to GPs based on the first letter of their surname. The allocations are as follows:

All GP practices are required to declare the mean earnings for GPs working to deliver NHS services to patients at each practice.

The mean earnings for GPs working in Grassendale Medical Practice in the financial year ended 31st March 2018 was £74,105 before deduction of employee's superannuation contributions, tax and National Insurance. This is the average pay for 1 full-time GP and 6 part-time GPs who worked in the practice for more than 6 months during that year.